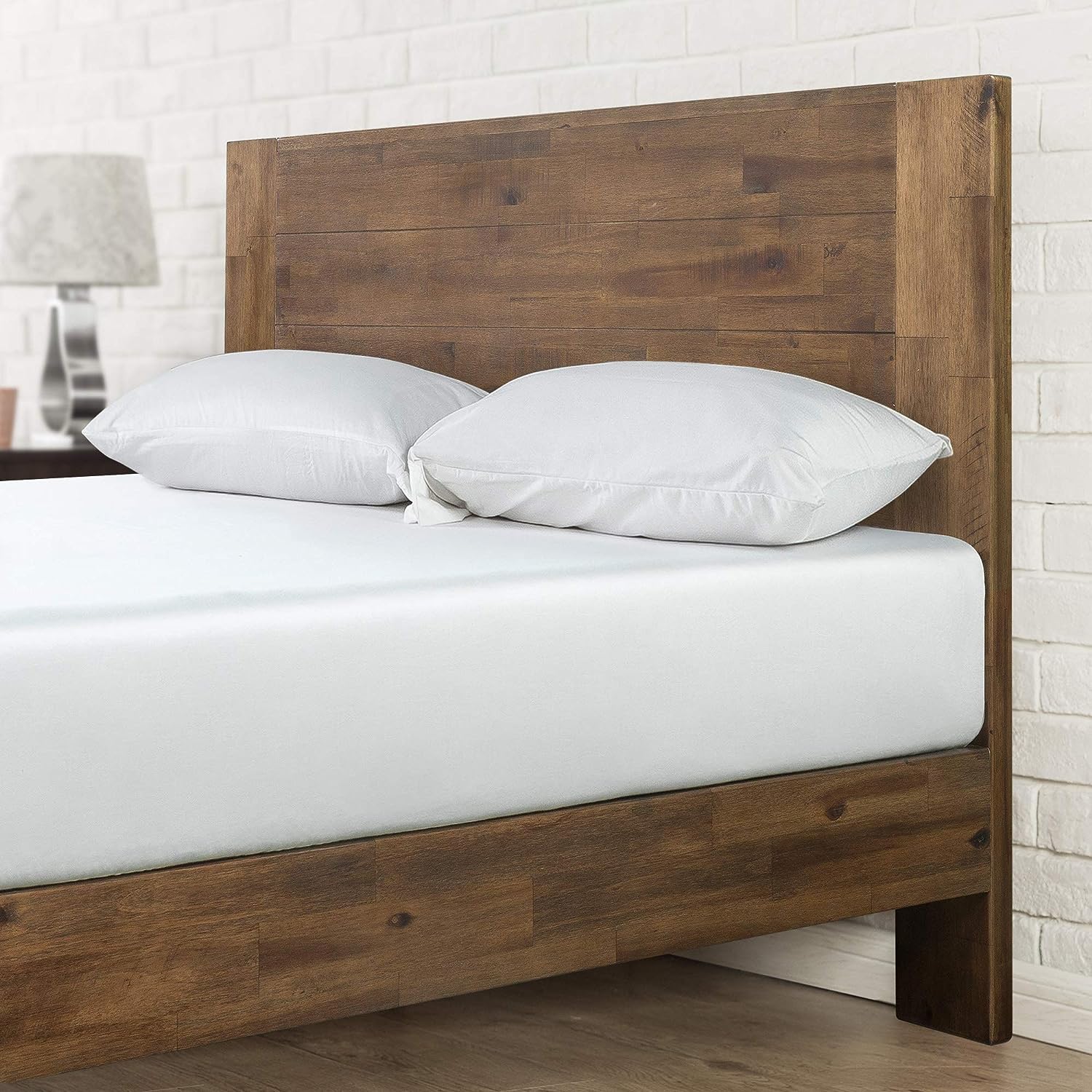 It’s all in the details

Made from real wood, not MDF, Tonja’s headboard features natural wood details to give your bedroom the rustic feel of your dreams.

A foundation of wooden slats provides all the support your foam, spring, or hybrid mattress needs without a box spring (2.48" king and queen beds, 2.99" full and twin).

Featuring a real wood (not MDF!) frame with interior steel supports, Tonja offers the durable support you and your mattress need.

We keep things simple by packing the whole bed frame into one convenient box. All of the parts, tools, and instructions you’ll need for assembly are included so you can start enjoying your new bed in minutes, not hours.